On March 5th, 1960 the iconic image of Che Guevara has been imprinted on a roll of Kodak Plus-X pan film. The photography was taken by Alberto Diaz Gutierrez (better known as Alberto Korda) while he was working for the Cuban newspaper “Revolución”. At the time, Alberto Korda was using a Leica M2 with a 90 mm lens. The above iconic photography, that is “considered one of the best known photos in the world, and a classic image of the 20th century” (source) appears on frame number 40 shot horizontally. 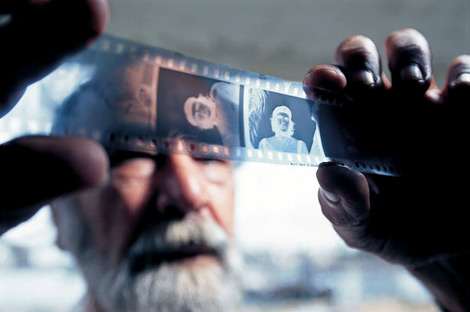 It all took place on memorial service and mass demonstration at “Havana’s Colón Cemetery, to honor more than 100 Cubans killed in the suspicious La Coubre explosion the day before. At the time, Guevara (who personally treated victims of the blast) was Minister of Industry in the new government, and Korda was Castro’s official photographer. After a funeral march along the seafront boulevard known as Malecón, Fidel Castro gave a eulogy for the fallen at a stage on 23rd street. During Castro’s speech before thousands of onlookers, at 11:20 am for a few seconds, Guevara came into view. Korda from a distance of about 25-30 feet, snapped just two frames of him before he disappeared from sight.

Korda immediately realised his photograph had the attributes of a portrait. Later, Korda said of this photograph, “I remember it as if it were today… seeing him framed in the viewfinder, with that expression. I am still startled by the impact… it shakes me so powerfully”. During the rally, Korda took pictures of Cuban dignitaries and famous French existentialist philosophers Jean-Paul Sartre and Simone de Beauvoir, both admirers of Guevara at the time. Included in the film roll were shots of all the speakers and two pictures of Che’s brief appearance. 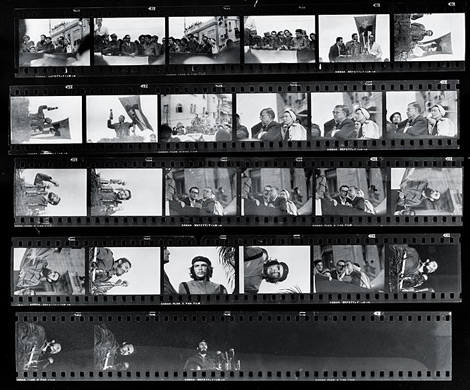 The first photo had Guevara framed alone between an anonymous silhouette and a palm tree; the second with someone’s head appearing above his shoulder. The first picture, with the intruding material cropped out, became Guevara’s most famous portrait.

The editor of Revolución where Korda worked, decided to only use his shots of Castro, Sartre, and Beauvoir, while sending the Che shot back to Korda. Believing the image was powerful, Korda made a cropped version for himself. He kept it hanging on his wall, and also gave copies to some others as a gift.” source 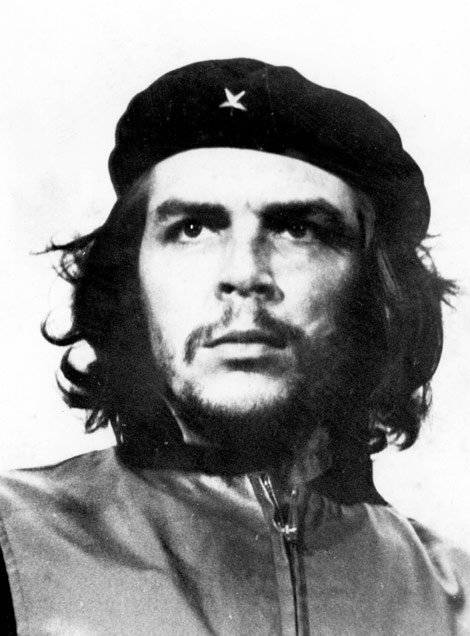 The photograph was published in Cuba in 1961 and became an international sensation only after Che Guevara’s death in 1967. An Italian, Giangiacomo Feltrinelli, owned the rights to Che’s Bolivian Diary and during his visit to Cuba in 1967, requested a portrait of the Communist “martyr” for the book’s cover. Alberto Korda gave the picture for free, and Feltrinelli had the copyright for some time and benefited financially from the picture.

The image “has since had a profound influence on art and culture. The Maryland Institute College of Art called the picture a “symbol of the 20th century and the world’s most famous photo”. It has also been said that the photo has been reproduced more than any other image in photographic history.” source

The photographer never received any royalties for the image, due to the fact that Castro did not recognize the Berne Convention for the Protection of Literary and Artistic Works.

In 2000, Alberto Korda sued Smirnoff over the use of the iconic image in an advertisement. 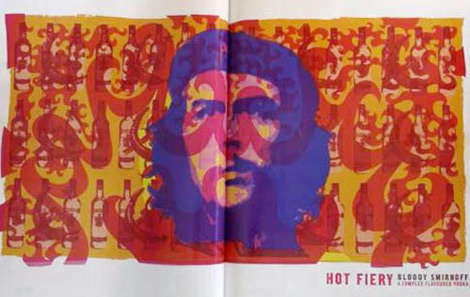 Commenting on the illicit use of his photograph, the artist said, “As a supporter of the ideals for which Che Guevara died, I am not averse to its reproduction by those who wish to propagate his memory and the cause of social justice throughout the world, but I am categorically against the exploitation of Che’s image for the promotion of products such as alcohol, or for any purpose that denigrates the reputation of Che”. His out-of-court settlement of US $50,000 was donated to the Cuban healthcare system. He said, “If Che were still alive, he would have done the same”. However, he told a BBC World Service reporter that he did approve of the 1999 Che Jesus adaptation of the image used by the Churches Advertising Network to promote church attendance in the UK. 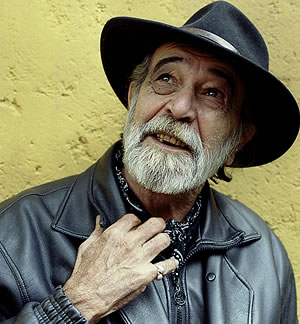 Alberto Korda (real name Alberto Diaz Gutierrez), 14th 1928 – May 25th 2001, was a “son of a railway worker. He worked a series of odd jobs as a teenager, and finally stumbled upon as job as a photographers assistant. He became passionate about photography and began to dabble in it on his own. Korda had two main passions in life: his photography which the world saw, and his passion for women which his friends and colleagues saw.

Korda also loved fashion—mainly because of the beautiful models, however fashion photography was not a custom at that time in Cuba, so Korda began his photography career taking photos for advertisements. However his true passion for women showed through as he chased after the young up and coming models. He managed to find a regular place for his fashion photography in Havana Weekly, making him Cubas first fashion photographer. In 1959 he was awarded the “palma de plata” for his photography. He fell in love with one of the top models in Cuba—Natalia Mendez—and soon made her his wife.

When the revolution began in Cuba, a newly formed paper called the Revolution was created. The newspaper was different from others at the time, with huge bold titles and lots of photographs detailing all events of the uprising in Cuba. Korda recalls that “at this time [he] took a photo of a little girl, who was clutching a piece of wood for a doll. [He] came to understand that it was worth dedicating [his] work to a revolution which aimed to remove these inequalities. (…) Korda’s other memorable photos include shots of the victorious rebels arriving in Havana and Quixote of the Lamp Post, which shows a Cuban man sitting on a lamp post in a sea of people listening to a Castro speech. Korda received many awards for his photography, including best photographer of the year by Revolution from 1960 to 1963. From 1967 to 1978, Korda focused mainly on underwater photography. During this time he explored the depths around Cuba, and is said to have left behind an archive of images of practically all underwater creatures that live around the island.

Korda suffered a fatal heart attack in Paris in 2001 while presenting an exhibition of his work. He is buried in the Colon Cemetery, Havana.